The Evolving Role of the Futurist Within An Organization 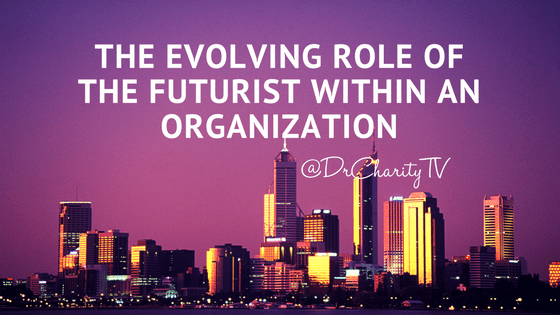 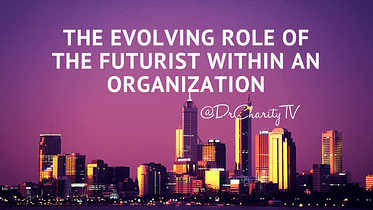 In order to understand what a futurist is and their history within an organization one must understand what futuring entails.  Steven Millett defined featuring as an “applied history, (2011).  Millett wrote that featuring is heavily based on facts, evidence, solid research, and sound logic of science instead of science fiction (2011).  Millett further explains the term as the use of historical knowledge and methods to solve problems in the present and addresses the question “What happened and why?” in order to help answer the question “How might things be in the future and what are the potential implications?” (2011).   Futuring emerged as the process of using systematic activities whose purpose is to increase our motivation to anticipate and learn the future (Fetsch, 1990).  Regarding management, featuring takes a combination of applied history with other methods taken from science, mathematics, and systems analysis to frame well-considered expectations for the organization’s future (2011).  Edward Cornish first defined a futurist as a person who engages in a great deal of featuring or otherwise demonstrates a serious rational or scientific concern for the future (Alkon, 2005).  Because featuring is a very broad term and can be used in future-oriented discourse (Alkon, 2005) in both public and private sectors, it has gained a lot of attention and have been put into use as a tool for organizational growth.

The five principles of featuring that the researcher should be aware of is that: (1) the future will be some unknown combination of continuity and change; (2) the future can be anticipated with varying degrees of uncertainty, depending upon conditions. Forecasts and plans are expectations for the future, and they are always conditional; (3) featuring and visioning offer different perspectives of the future which must complement each another; (4) all forecasts and plans should be well-considered expectations for the future, grounded in rigorous analysis; and lastly, (5) there is no such thing as an immutable forecast or a plan for a future that is set in stone (Millett, 2011).

These principles remind the researcher of a similar methodological approach that organizations use to forecast the future well-being or actions of a company.  This approach is called appreciative inquiry.  Appreciative Inquiry (AI) involves finding the best in people, their organizations, and their surroundings and discovering what causes them to be effective and take action (Case, n.d.).  With the AI approach, a futurist could investigate through questions and observations what has worked for the organization based on past marketing strategies.  This allows the organization and its members to produce a vision for the future based on grounded examples from the organization’s positive record history, (Hammond, 1998; Cooperrider et al., 2000).  This will provide a positive vision for future outcomes through building a constructive union between the organization as a whole by correlating past successes with future funding goals.

The Importance of the Role of the Futurist

Just like featuring, the AI approach has helped several top level executives and CEOs understand the projected future of the organization simply based on their past records and experiences.  Futurists are considered inventors (creative geniuses) of the future for the public and private sectors that they serve (Alkon, 2005).  Futuring is important to organizations because it allows the organization to make decisions in the present that will have positive long-term consequences (Millett, 2011).  Executive leaders, CEOs, and upper level management involved in this decision-making process are those who are typically responsible for this role within the organization as is it an aspect of due diligence and risk management. (Millett, 2011).  Organizations also have ability to create a featuring team to assist with the process.

Ed Cornish identified various methods of featuring (anticipating, forecasting and accessing) future events (Sagi, 2007).  These methods include scanning, trending, scenario building, opinion and data polling, group brainstorming, model in game development, historic analysis, and visioning (Sagi, 2007).  In retrospect, all of these methods are pertinent to an organization’s strategic plan for advancement.  The role of the futurist is just as significant today as it has been over the past 20 years.  The primary difference between the focus on the futurists of the past and those who are receiving attention now is that researchers have created an awareness of the method and attribute many of the success that an organization has to this discovery method.

There are various ways that an organization might use a futurist in today’s society.  These ways depend on the various methodologies that the futurist would use for predicting the organization’s success.  The most common methods use featuring to prepare, monitor, and scan for trends by conducting a trend analysis, building forecast models, and preparing narrations on the future of the external business environment for the entire organization (Millett, 2006).  Organizations might use a futurist as a consultant to establish a program where the employees have opportunities to participate in visioning exercises (Millett, 2006).  The program, especially when the topic question involves visioning at their own operational levels, will enable the employees to identify trends within the organization that can enhance their work efforts.  Using the products of featuring as a frame of reference for vision exercises is another way that the consultant can incorporate these practices into the organization (Millett, 2006).  The futurist can choose to develop a vision for the company based upon wide participation across various levels of management and use both featuring and visioning to record data (Millett, 2006).  By consistently articulating the vision for both external and internal audiences, the futurist can create an effective strategy for the organization’s overall operations (Millett, 2006).  Predictions have a great deal of power and influence as it pertains to the strategic plans of any organization.  These predictions, however, heavily depends on factors such as the person making the prediction, their credibility, the audience that they will appeal to, etc. (Frey, 2014).

Prior to this course, the researcher had never heard of featuring.  As a result of this individual project and the discussion board assignment for last week, the researcher has an understanding of the concept and its properties.  Not only that, but the researcher realizes that she has acted as a futurist for several organizations that she has been a part of in the public sector and even privately in her personal life.  Edward Cornish hen revelation years ago of a featuring as it regards to religion.  He noted that religious people sometimes resort to opening the bible at random for guidance (Alkon, 2005) and attributed this practice as featuring.  The researcher found is very interesting as this is something that she does on a daily basis.  It never occurred to her that the act of reading and using past experiences in the oldest literary source for present-day guidance is an act of featuring.  Many religions including Christianity, Islam, Buddhism, and the like participate in featuring every single day.  Readers look at the experiences of characters in these literary sources and examine the final outcomes recorded as a guideline for how they should behave, think, and live.  The researcher is very grateful for this assignment as it has opened her eyes and given her and other topic of interest to further pursue.  This new interest may very well be an avenue of pursuit in her professional career as a consultant/futurist.